If you have a pet rabbit or have been taking care of them, surely you’ve seen these little creatures go around humping other rabbits, other animals like cats, toys, or even your own leg!

When you see rabbits humping each other, it can have more than one reason since rabbits are known to be friendly and social creatures.

Since rabbits humping can mean anything from them mating to showing dominance, what are the reasons rabbits hump each other? And why would a rabbit hump other animals or even toys? Read on to find more.

Why Do Female Rabbits Hump Each Other?

Female rabbits also want to rule within their party. they hump each other as a means of asserting social dominance.

This behavior was once recorded by Italian Journal of Zoology between two female rabbits in a colony of rabbits and they already had an hierarchy in that place.

This is a common behaviour post sexual maturity. This term means showing and having the power to dominate without fighting.

If one of the female rabbit is humping another, it is resolving issues over territory or social dominance.

How Rabbits Battle For Dominance

In a group there is always a battle for a ruler, for the king, or for dominance. When there are two rabbits battling for dominance, they hump the other over the dominant role as the alpha.

If it is not decided by humping, rabbits may also bite, kick, and fight. Once the hierarchy has been established, the dominant rabbit may continue to assert itself through a variety of actions.

Reasons Behind Female Rabbits And Their Humping Habits

Animals have their own methods to communicate which includes many types of physical behaviours also. One of these behaviours contains humping. As rabbits are incredibly social creatures, they always try to communicate with others.

But do you know these bunnies don’t share any gossip with one another? They try to establish their dominance. They show these kinds of acts to choose their alpha. Rabbits are not animals which give up easily, so they ensure to be on top.

Putting two female rabbits together may result in unpleasant humping. This is because they both try to dominate one another. This mostly happens when a new rabbit is introduced to a community where an alpha already exists.

The new bunny will also dream of taking the position of alpha, on the other hand the one with the position will try to protect its place .

If we move one rabbit from one cage to another, it will hump in other’s territory to mark it as their own. At that time also female rabbits hump to take the dominance/to be the alpha. Once they mark the new territory as theirs then humping will stop because all this is only for the dominant role.

Rabbits may also hump each other if one of them has picked up a foreign scent. By humping, they are simply trying to regain their scent back.

The one of the most obvious reason for a humping rabbit is that it has reached sexual maturity. Humping is their way of courting one another. While traditionally it is the male rabbits who initiate, females are also known to do it too.

According to research, rabbits usually tend to be ready to breed the most during spring season. And for the particular season the reason behind it is that the weather is ideal to have kits.

Although it is said that there is no definite season for rabbits to breed but that their instinct to mate is at an all-time high during spring.Rabbits can breed year-round and don’t have a specific season in which they do it. In fact, a rabbit can have several litters within the same year.

As rabbits are social creatures and like to communicate with one another, when a rabbit may seem like it’s humping, it actually just be trying to groom its fellow friend.

Grooming is a way to show affection towards one another even amongst rabbits.

5.A Process of Bonding

Rabbits are typically very affectionate creatures and are basically known for their bonds with one another by grooming and also even by humping.

This usually happens when there are two new bunnies or one is introduced in another territory.

Yes. One behavior of rabbits is that they hump a lot. It may be for mating, it may be for asserting dominance over their fellow rabbits. But rabbits will also hump at anything which won’t eat them or move away from them.

If you have a lone male rabbit, it may be humping stuffed toys just to get rid of some frustration. It also helps to keep them happier and well behaved.

Yes even neutered rabbits also hump as the the urge to hump comes to rabbits naturally. The earlier you neuter them, the sooner they will outgrow their humping habits.

Neutering has been proven to have several benefits for rabbits, aside from the fact that they won’t constantly be reproducing.

Rabbits that are neutered tend to be healthier and happier since they can be around other rabbits without you having to worry about a new litter.

Why This Need For Dominance?

At first this had nothing to do with sex or mating always. Its the dominant behaviour. Most mammals have to have a pecking order- it’s instinct. The strongest, most dominant animals get more food, better marking rights, submission from all.

Who wouldn’t try to be on the ‘top’ if all it takes a little humping. Rabbits, also known as bunnies, are small, bounding, gnawing mammals and are also the creatures which hump the most.

Not only male but female rabbits also hump each other or everything as a means of showing social dominance. This is also a behavior that suggests their post-reaching sexual maturity. They enter their first heat cycle at the age of 4 months and from that day it doesn’t end.

Humping which is also known as mounting is very normal until they start hurting each other because it is their nature to choose who’s the boss here. They are the most hormonal mammal and always try to mate or breed so to stop that you can try spaying.

Well, there must be some reason when somebody came up with the idiom that “breed like a rabbit”, right?

Do female rabbits hump when in heat?

Everybody knows that rabbits reproduce frequently because lagomorpha steered to keep their species alive. So, even domestic female rabbits will be keen to mate when in heat.
At the age of four-month, female rabbit enters their first heat cycle, and ever since they never leave heat. It is noticed that rabbits can breed at any time but it gets increases between March and September.
It is really hard for female rabbits to endure the heat so it’s best to do “spaying” for better health and comfort.

Why is my rabbit trying to hump me?

Both male and female rabbits do this when they want to show the sign of dominance or they are having an extreme “heat” session.
Whether they are wild or domestic, they are extremely hormonal so to overcome that they often do humping, making honking noises, or circle I.e. running around your feet.
It can be stopped after being spayed and neutered. This not only increases their life span but also reduced the risk of reproductive cancers. Maybe it gives you enough idea of what is the right step to take.

Rabbits are the humpiest creature under the sun. They do this to show who is dominating others, someone has to boss around, right? Female bunnies hump as much as males do.
They also endure so much “heat” and are very hormonal, so to deal with that they hump everything including other pet animals. Just to make them stop humping each other give them balloons or toys.
So to answer the question it is not at all abnormal for female rabbits to hump each other.

We are used to see male initiate humping on the female , rabbits are a little different.

These bunnies who have eagerness to communicate with others are a little different . these creatures do have social hierarchy which is a lot more complicated but its is facsinating too.

They are known for being a “fun ball of fur” creature, so let them enjoy themselves!

The urge to get the position of alpha , and the fight to be in that position is something which shows how they built there own territory and willing to rule or dominate over that . That too when it comes to female rabbits it gains the interest of researchers the most.

It is important to understand that a rabbit may simply be trying to establish dominance if its humping another one not trying to mate .

As long as there are no tufts of fur flying around and no blood to be seen , it is okay.

Rabbits should be okay with a little humping here and there. 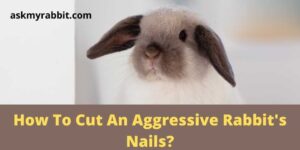 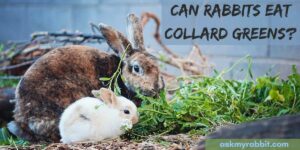 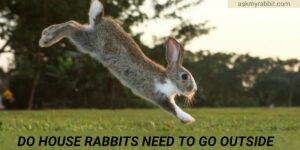