Despite the fact that most people like having rabbits in their yard, they may do significant damage. Their insatiable desire for fruits and vegetables may cause trouble in gardens. This is because these long-eared creatures can wreak havoc on them.

As a result, individuals sometimes grow frantic in their battle against rabbits. They resort to unusual measures such as using mothballs to combat them. So, this may lead you to think, do mothballs keep rabbits away?

No, mothballs do not keep rabbits away. Rabbits are not deterred by mothballs. Because mothballs are unsuccessful at keeping rabbits away from your garden, you should avoid using them.

Mothballs are also very hazardous when applied outside. They include substances that might be harmful to you as well as the animals in your immediate vicinity. The Environmental Protection Agency has also emphasised that mothballs should only be used inside houses.

In this article, we will inform you all about the use of mothball and the effect it has on rabbits. So, keep reading!

Mothballs, as the name indicates, are intended to kill and repel fabric pests such as clothing moths and other such insects. They include very dangerous amounts of pesticides such as paradichlorobenzene or naphthalene. These are poisonous in large doses.

No, mothballs do not repel rabbits. Mothballs should not be used as an animal repellent outside. This is because they are hazardous to the health of people and other animals when employed in this manner. Mothballs, on the other hand, have the potential to pollute plants, soil, and water sources.

Using mothballs in any way that is inconsistent with their intended usage is also a violation of federal regulations. In a nutshell, do not use mothballs as a rabbit repellent outside since it is dangerous and, in certain cases, illegal in some locations.

Will Mothballs Keep Rabbits Away From Plants?

The use of mothballs to keep rabbits and other animals out of your yard is something you may have heard of. This, on the other hand, is not a good idea.

No, mothballs will not keep rabbits away from plants. Not only is it an inefficient practice, but the usage of moth balls outside is very hazardous to the surroundings and one’s health.

Mothballs are harmful to all types of animals. However, they may also be poisonous to pets if they are unintentionally consumed by rabbits.

Many people promote the use of mothballs to repel a variety of pests and insects in gardens. However, it is important to remember that the active ingredients in mothballs are exceedingly harmful.

Yes, mothballs may kill rabbits. Moth balls should only be utilised in a controlled setting. It should not be used in a public location where they might have a negative impact on human health.

Both naphthalene and paradichlorobenzene have been shown to be carcinogenic in laboratory animals. There is a significant issue with putting moth balls anyplace other than where they are intended to be used.

Mothballs should be used in closed places to ensure that they do not poison anything other than the insects that they are intended to kill. Even the gases themselves are quite hazardous.

Moth balls are very hazardous to anything that happens to come into contact with them by chance. Rabbits may be particularly vulnerable to poisoning since they may attempt to consume it. The number of pets poisoned by mothballs is much too high.

There are commercial repellents available on the market. You may even install a fence to keep rabbits off of your property.

How Can You Tell If Rabbits Have Been In Your Yard?

First and foremost, be certain that you are working with rabbits rather than other animals. You may have seen them with your own eyes as they dashed over your borders or frolicked through your flowerbeds. There are also more warning symptoms to keep an eye out for if you haven’t actually seen rabbits.

In order to tell if rabbits have been in your yard, you may consider following these tips:

Does Epsom Salt Keep Rabbits Away?

Yes, epsom salt keeps rabbits away. The use of Epsom salt as a natural deterrent for rabbits may be a highly effective option. In order to utilize Epsom salt as a deterrent, all you have to do is sprinkle a little amount of it on the leaves. If you want to use Epsom salt on plants that are sensitive to the mineral, you may want to dilute it first before applying it.

Rabbits are preyed upon by a variety of wild creatures. These include foxes, hawks, cats, dogs, and raccoons. If you keep your pet rabbit outside, you must take precautions to ensure that it is protected from predators at all times.

Yes, rabbits can damage house foundations. They tunnel under the surface of the earth and cause significant damage to the structural integrity of roadways, buildings, and other structures.

The presence of rabbits in your garden and landscape may cause harm. However, they can also transmit illnesses that can cause serious illness in people. As a result, if you believe that you have rabbits in your yard, you should feel free to use pest control solutions.

The reasons why you should avoid using mothballs to repel rabbits have hopefully been adequately explained. We hope we have been able to provide you with all the knowledge needed to gently repel these pests.

Drop down your queries regarding bunnies in the comment section below. We will answer them soon! 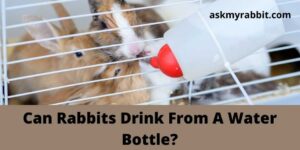 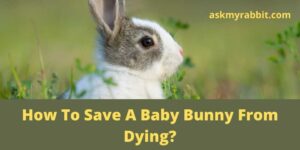