As rabbits are prey animals, color changes are an evolutionary survival tactic. Rabbits molt on a regular basis. They camouflage themselves from prospective predators by growing and then growing back a different color of fur.

So, you may be thinking, why does my rabbit change its fur color?

Rabbits lose their fur and change it’s color on a regular basis. When it regrows, it is soft and clean, with a little or total color change. Rabbits that live in their natural habitat rather than as a home pet frequently change color with the seasons. Their fur changes hue. This serves as camouflage and protects them from predators.

The color of a rabbit’s fur changes frequently. Rabbits’ coats appear to change color completely many times a year. This might be alarming since it may appear that your rabbit has experienced a full transformation or that there is an undiagnosed health condition.

In this article we will inform you all that you need to know about your pet bunny changing its fur color. So, keep reading!

Why Do Rabbit’s Fur Discolor?

Rabbits’ coat colors vary and get discolored often throughout the year. A newborn rabbit’s hue may also change several times before reaching adulthood. It’s caused by your rabbit molting and adjusting to the changing seasons.

A rabbit does not have any fur when it is born. At the age of four to five months, it will molt for the first time. Rabbits grow a ‘immediate coat’ once they shed their new-born hair.

Your bunny’s adult coat will not have the same hue as its infant coat. The rabbit will molt again and grow its mature coat around three months following this.

The color of a rabbit’s mature coat does not always remain the same. Every three months, rabbits molt. This corresponds to the changing of seasons and keeps the body at the proper temperature. In the winter, a rabbit will require a thicker coat than in the summer.

A rabbit’s fur may also change hue to defend itself. This occurs more frequently in wild animals than in domestic animals. It’s a normal reaction to being exposed to light.

A rabbit will benefit from increased sunshine and longer days in the summer. This causes a reaction in the rabbit’s body. It may cause the bunny’s body to produce more melanin.

During the summer, a rabbit’s fur will be darker. As the days become shorter in the winter, less melanin is generated. As a result, a rabbit’s new coat will be devoid of coloration. It’s not uncommon for a rabbit’s fur to turn totally white in snowy climates.

Why Do Rabbit’s Fur Change Color In The Winter?

During the winter, a rabbit’s fur will lighten and change color. The less a bunny is exposed to the sun, the lighter its fur becomes. Because a rabbit’s winter coat may be rather thick, this will be highly obvious.

The lightening of fur color is also a protective mechanism. It allows your rabbit to blend in better with its surroundings.

Snowshoe hairs have brown fur in the summer, according to research. When winter comes, they shed their coat and turn entirely white. This makes it difficult for predators to locate the hare in the snow.

When the snow melts in the spring, the hare moults and returns to its natural brown colour. This coloration is a result of their natural surroundings. The snowshoe hare prefers to live in densely forested areas.

Managing a rabbit’s sunshine exposure throughout the winter might be difficult at times. A hutch-dwelling farmed rabbit is less exposed to sunlight than a wild rabbit.

Why Is My Rabbit’s Fur Turning White?

Your rabbit’s hair may turn white during winter. This is a protective mechanism as rabbits are prey animals. The white fur helps them blend in with their surroundings.

Snowshoe hairs have brown fur in the summer, according to studies. When winter comes, they shed their coat and turn entirely white. This makes it difficult for predators to locate the hare in the snow.

When the snow melts in the spring, the hare moults and returns to its natural brown colour. This coloration is a result of their natural surroundings. The snowshoe hare prefers to live in densely forested areas.

When a rabbit moults, the colour of its fur varies with the seasons. They moult to adjust their body temperature as the seasons change.

Molting normally starts at the top of a rabbit’s head. After that, it moves down the neck and back. The moulting then happens in the stomach area.

The moulting process is homogeneous across the body of certain rabbits, as moulting patches emerge randomly throughout their bodies. When the hair from that region is entirely removed during moulting, bare skins appear in certain rabbits.

Why Is My Rabbit’s Fur Turning Brown?

Your rabbit’s fur may be turning brown due to moulting. In black rabbits, sun bleaching is a prevalent problem. Moulting can also cause discoloration.

During the winter, a rabbit’s fur lightens. During the summer, it darkens. This is due to their body’s melanin responding to sunlight.

During its summer molt, a rabbit will shed a significant amount of fur. It may be susceptible to the cold as a result of this. Dark fur absorbs more sunlight than light fur. This allows your rabbit to keep a comfortable temperature.

Rabbits are crepuscular, which means they are most active in the morning and evening. Many farmed rabbits have diurnal behaviour. This means they are active during the day. This is a response to having been born in a cage.

Baby bunnies may darken as they get older. They may develop brown fur as a result. It’s all due to exposure to the sun.

Why Is My White Rabbit Turning Grey?

Your white bunny’s hair may be turning grey due to his age. The fur of certain rabbits has a grey tone to it. Once a bunny reaches the age of five, he is considered old.

A healthy farmed rabbit has a lifetime of up to 14 years. The following are signs that your rabbit is becoming older:

It’s totally natural for a rabbit to change hue. It’s a genetic abnormality if your rabbit’s colour stays the same throughout its life. If your rabbit’s hair isn’t yellow, it’s unlikely to have any underlying health problems.

Why Is My Rabbit’s Fur Turning Yellow?

The fur of a rabbit turns yellow for two reasons:

1. Overexposure To The Sun

When exposed to direct sunshine, a darker fur coat will rust. It’s critical that your rabbit’s hutch provides a shady space where he or she may relax. Rabbits are aware of the ideal temperature. If you give a shady spot, your rabbit will utilise it instinctively.

The discoloration you perceive is caused by the urine of your rabbit. Rabbits are known for spending a lot of time in their litter boxes. It’s fairly unusual to see a rabbit nibbling hay while going to the bathroom.

In your rabbit’s thinking, this might create a relationship between excretion and eating. It’s possible you’ll find it eating in its litter box.

Many rabbits like playing in their litter boxes. They even like sleeping in them. Unfortunately, this exposes rabbits to their own excrement.

Bathing a rabbit is not recommended since the shock might cause a heart attack. You can clean damp spots using a moist cloth. Simply dilute a tiny bit of white vinegar with water and dab it on the discoloration.

Pee scalding can occur if urine stains are left too long. The urine causes the rabbit’s skin to burn. The fur falls off as a result, which is quite unpleasant.

In addition, flies will be attracted to pee stains on your rabbit’s hair. Flystrike occurs when these insects deposit eggs. These eggs may develop into maggots that can eat the skin of a rabbit.

Rabbits molt by losing fur from their head. This travels down the neck and back, then down the sides of their body, ending on their rump. Some rabbits, on the other hand, appear to have no established pattern. They will lose fur in areas all over their bodies at the same time.

Do Rabbits Lose Fur When Stressed?

Rabbits shed their fur when they are anxious. So, make sure your pet bunny is happy and comfortable. Rabbits molt four times a year. However, none is as dramatic as the shedding that occurs in the spring.

What Time Of Year Do Rabbits Molt?

Molting frequently begins at the head and progresses down the body. Rabbits, on the other hand, are not all alike. Some rabbits shed their hair in clumps, while others shed it all at once.

This implies that when shedding, you may detect bald areas on your rabbit’s coat. This is not a reason for concern as long as the fur regrows fast.

Rabbits groom themselves on a frequent basis, particularly while moulting. This implies that they are capable of ingesting hairballs. This is especially true in the summer, when rabbits shed a lot of their fur.

Make sure your rabbit has plenty of hay to eat to help with digestion. Increase the amount of protein in your rabbit’s food to hasten the moulting process.

The correct quantity of protein helps speed up the shedding process for your rabbit. Too much protein, on the other hand, will slow down digestion.

Rabbits are unable to vomit, which might be harmful, especially during moulting. Any fur swallowed by a rabbit that is not digesting its meal might become stuck.

Drop down your doubts and queries regarding your furry bunny and his lifestyle in the comment section below. We will answer them soon! 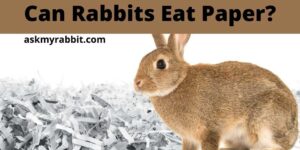