You adore your bunny, but you despise the way it leaves ugly poop pellets all over the place. Despite your best attempts to educate your rabbit to exclusively use a litter box, you continue to find faeces all around your home. Your rabbit’s droppings can also be found all over their cage and in locations other than the litter box.

So, you may be thinking, why is my rabbit pooping everything?

Inadequate litter-box training is one of the most common causes of your rabbit pooping all over the place. Most novice rabbit owners don’t realise that merely putting a litter box out for their new pet isn’t enough to get them to use it. You’ll need to put in a lot of work to get your rabbit to use the litter box.

If your rabbit has recently moved into your house, it may not be aware of where its litter box is located. You may need to train your rabbit to use the litter box in this situation.

After a relocation, restricting your rabbit to one part of the house might help them figure out where their litter box is. Another technique to keep your rabbit from pooping all over your house or apartment is to spay or neuter it.

If you want to learn more about your bunny’s defecating habits, keep reading!

Why Does My Rabbit Poop On Me?

Rabbits are typically driven by a desire to establish dominance and mark their territory. It comes easily to them, and it’s something you’ll notice with a rabbit that hasn’t been properly educated.

When rabbits seek to show dominance or mark their territory, they will poop on you. It is a clear indicator that the place is for them. This place can include people, when they establish their smell in the region.

Why Does My Rabbit Poop On My Bed?

When you share your home with a house rabbit, you may have to share your bed as well. Most of the time, this doesn’t cause any issues until your rabbit thinks it’s their new litter tray out of nowhere.

When this behaviour develops, it may be difficult to break and can eventually become quite annoying, sabotaging your time together.

Your little bunny may want to claim their territory in our homes. They can be territorial when it comes to fighting for the things they desire. One of the ways they do this is by leaving their smell on the bed.

This is especially true if your rabbit has not been spayed or neutered, since their impulses and drives surrounding this behaviour will be greater.

If your rabbit is particularly relaxed or is receiving a steady supply of hugs or love on your bed or sofa, they may prefer to use the bathroom where they are instead of going to their litter tray.

Your bunny should use the litter box regularly. Therefore, it is critical that you detect when they’ll need to use the box. Take a break from whatever you’re doing to physically guide them to their litter tray before it’s too late.

Why Is My Bunny Pooping Outside The Litter Box?

For territorial reasons, rabbits frequently defecate in tiny amounts outside of the litter box in their housing enclosure. When a rabbit hops out of its litter box, faeces may be kicked out as well.

There are a variety of reasons why a rabbit would defecate outside the litter box. They are:

Rabbits can be jittery in unfamiliar situations. If you’ve just relocated her litter box, or even more importantly, moved residences, your little bunny is likely to be under a lot of stress. It will take some time for her to reintegrate into society.

The introduction of a new pet may be painful as well. Rabbits are not fond of change.

If you’re trying to litter train a male rabbit, especially one who hasn’t been neutered, you’ll find that fighting his need to mark his territory is an uphill struggle. We strongly advise spaying and neutering your rabbits, if possible.

Frequently, overly enthusiastic or nervous bunny owners begin training their bunnies at an early age. If your rabbit is under the age of six months, you may wish to wait.

In a few months, she will become wiser. Just take your time. It’s best to start when they’re four to six months old.

Some bunnies are quite particular about where they go to poop and how they are treated. Consider what may have changed if they were using their litter box correctly before and now aren’t.

Accidents can be caused by differences in litter, box, cleaning solutions, hay, and location. Consider when you had the best success with your rabbit utilising their box and build from there.

Small changes might help you achieve your goals. But be careful not to overthink it. The secret formula is generally one of simplicity.

Litter boxes that are too big or too tiny are frequently the cause of mishaps. Keep an eye on how your rabbit uses their box.

If they’re having trouble turning around, digging, or just hanging out of the litter box, it’s definitely time to upgrade to a larger box for them. You may need to downgrade if you purchased the more roomy variant.

Inappropriate litter might also have a role. Make sure your bunny’s litter is secure for him and as neutral as possible. Although you may find the scent attractive, it may be too much for your rabbit’s delicate nose.

When rabbits are given too much space to roam, they will locate places to do potty in any location they are allowed to travel in. Limiting their space or investing in numerous litter box installations may be the best solution.

Rabbits like digging, particularly when they need to go to the toilet. This has a habit of flinging faeces out of the box and onto the floor. This is going to be one of those things that is virtually difficult to fix.

Your rabbit’s hair may become clogged with faeces, which then falls off as she leaps out. This may land on your floor or furniture.

This issue might be remedied by altering one’s diet. The faeces of a rabbit should not be sticky. If that’s the case, she’s probably lacking in fibre.

Why Is My Potty Trained Bunny Pooping Everywhere?

Rabbits have sites for pooping. However, they also use droppings and urine to mark their territory around their house.

These signals serve as a warning to other rabbits that the region is theirs. This also acts as a way to make their territory smell like them, making them feel more at ease.

When a rabbit reaches sexual maturity, he begins marking his territory. If you’ve had your rabbit since it was a newborn, this usually means your flawlessly litter-trained baby bunny will start pooping and peeing all over the place.

If you have a male rabbit, he may spray pee up the walls or even at you. During courting, male rabbits spray females, and bunnies may occasionally show their affection for a human lover.

Good litter habits necessitate neutering. After your rabbit has been neutered, he will no longer feel the need to mark their territory. Thus, droppings and urine will be restricted to the toilet area.

Neutering rabbits is a common procedure for an experienced rabbit veterinarian. It may take a few weeks for your rabbit’s litter habits to normalise after surgery, as hormone levels that promote territorial behaviour such as marking must decrease over time.

If a rabbit is not neutered when they reach sexual maturity, it is typical for them to lose their litter training.

There are a number of different reasons why a rabbit that was previously litter trained may begin to toilet beyond the tray:

When a rabbit’s territory changes, such as when they move to a new house, receive a new cage, they become more territorial. As they acclimatise to the shift, this marking behaviour usually settles down over the next few weeks.

Bringing a new rabbit or other pet to the household might cause an increase in marking. This is normal when you add a rabbit friend.

As your rabbit adjusts, it will lessen. Your rabbit may continue to mark more, especially along borders, if the other creature is not a new friend.

A health problem, such as a bladder infection or movement issues may prevent your rabbit from reaching his tray. This might cause your rabbit to lose his litter training. If your rabbit’s litter habits suddenly alter, take him to the doctor for a checkup.

A new cleaning product, for example, might confuse your rabbit’s sense of smell and promote more marking. If your rabbit begins to mark, consider any recent changes to your rabbit’s or family routine. A minor disturbance or stress might be a trigger since marking can make a rabbit feel safe.

How Do I Stop My Rabbit From Pooping Everywhere?

Spaying or neutering your rabbit may prevent territorial faeces from being left about the house. When your rabbit poos outside the litter box, scoop it up and place it in the box so your bunny knows where to go.

Finally, realise that having a rabbit occasionally means discovering excrement in places it shouldn’t be.

You can follow these tips to stop your rabbit from pooping everywhere:

Things go worse if the rabbit doesn’t have a place to defecate around the house. You must provide one to two litter boxes in easily accessible areas throughout the house for the rabbit. Otherwise, this will be an issue that will never go away.

When it comes to preventing rabbits from pooping everywhere, having an extra litter box in a convenient location will help.

Taking action by providing your rabbit with a large enough litter box will assist. This is the very least that must be done if you do not want a rabbit to defecate everywhere.

This is a typical problem with younger rabbits that have not been neutered. The rabbit will have a natural need to be active, which will involve marking its territory.

Unfortunately, as a rabbit owner, you will not want to deal with this. This means neutering will have to be considered.

Male rabbits have a natural need to mark their territory and demonstrate dominance. This may be suppressed by neutering them.

It will make it simpler for them to control their conduct, and their natural desires will go.

What Does Dark Bunny Poop Mean?

If your rabbit’s feces are unusually black, it might be a sign that their diet is too heavy in protein. However, sometimes it’s merely a matter of the rabbit’s digestive system.

How Do Rabbits Say Sorry?

Rabbits use body language to communicate. Apologizing is one example of this. Rabbits express their regret by stroking their heads.

How Do You Tell If Your Rabbit Is Mad At You?

When your rabbit thumps its hind legs on the ground, it means he is mad at you. If it happens only once, it’s your rabbit’s way of expressing their displeasure with you.

A rabbit that defecating on you is merely declaring its territory. You must act quickly to stop this situation, whether the rabbit is attempting to mark its territory or assert dominance.

Allowing this to continue for an extended period of time is risky and the last thing you want to do as a rabbit owner.

Set up extra litter boxes throughout the home, schedule when you will handle the rabbit, and act quickly.

Drop down your queries regarding your pet bunny’s defecating habits in the comment section below. We will answer them soon! 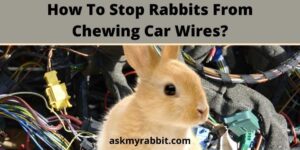 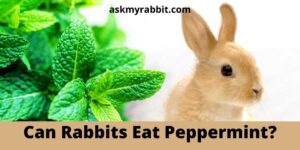 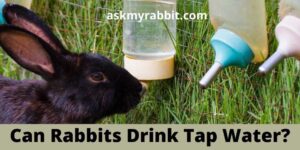