Because a rabbit’s body language is so delicate, it’s not always possible to tell how he is feeling. Rabbits can be easily damaged if they are not handled properly.

You might be wondering what happens when a rabbit  lying on his back?

A bunny lies on his back as a survival mechanism. They play dead by lying on their backs as a last resort to save themselves from predators.

A bunny lying on his does not immediately immobilize him. Placing a rabbit on his back and bending his neck, however, can induce a trance-like condition. This is sometimes referred to as ‘trancing’ a rabbit.

Some owners feel that while a rabbit is in this state, it is trusting and comfortable. However, there are different opinions and arguments on this matter.

In this article, we will discuss about the different aspects of a rabbit laying on his back.

Should I Lay Down My Rabbit On His Back?

No, we recommend that you not lay down your bunny on his back. It causes a lack of mobility in bunnies. The lack of muscular function is referred to as paralysis.

It might be permanent or transitory in bunnies. However, most people associate paralysis with the permanent loss of limb function.

When a rabbit is placed on his back in the appropriate posture and under the right conditions, he can be temporarily paralyzed. This isn’t a result of physical harm, but rather a survival mechanism.

To put it simply, tonic immobility is “playing dead.” While many people train their pets to pretend dead as a charming pastime, a rabbit does it as a desperate method of escaping an assault.

Tonic immobility causes a rabbit to become limp and unresponsive after being trapped by a predator. His blood pressure and breathing rate both decline. This typically fools the predator into thinking the rabbit is dead, giving him one more chance to flee.

When a rabbit is placed on its back, it enters a physiologic condition known as tonic immobility, or TI. Trancing and hypnotising are the terms used to describe this process.

The words ‘freeze reaction’ and ‘rabbit immobility response’ are used by some. Whatever you choose to name it, there are differing viewpoints on what it does and if it is damaging.

Will My Rabbit Laying Down On His Back Hurt Him?

While a bunny may look peaceful during the trance-like condition, his heart and breathing rates are likely to be quite high once he awakens. Rabbits display evidence of acute stress following a bout of tonic immobility, according to research.

Another risk of putting a rabbit on his back is that if he resists being turned over, he may break his back. A study explains the physiology of the freeze reaction. It is defined as a ‘transitory and reversible state of significant motor inhibition’ that happens in prey animals when they are threatened or stressed.

Tranced rabbits exhibit slowed reflexes, weak muscular tone, and a decrease in all vital signs. The signs include heart rate, respiratory rate, and blood pressure. They lose their ability to self-correct entirely.

Fear and stress have been proven in studies to increase corticosteroid levels and fear behaviors in rabbits. This indicates that the immobility response is really triggered by fear and stress.

The research’s ultimate judgement is that frequent trancing of rabbits by their owners for bonding purposes is undesirable. However, it is okay to do so in the therapeutic context if it avoids the need for anesthesia.

Are There Any Benefits Of My Bunny Lying On His Back?

Yes, there are some benefits of your bunny lying on his back. This measure has been used on rabbits by many loving and compassionate bunny owners, as well as veterinary professionals. Laying a rabbit on his back will make him appear to be comfortable and unconcerned.

It is understandable that lying a bunny on his back might appear to encourage connection. Some veterinarians will put your rabbit on her back to examine her or clip her nails on a regular basis.

While placing a rabbit into a condition of tonic immobility is unpleasant, research suggest that it might be useful for medical therapy.

Dr. Dana Krempels of the University of Miami, for example, recommends laying a rabbit on his back to take his temperature and determine whether he’s suffering a medical emergency.

Why Is My Bunny Laying On His Stomach?

Sprawling refers to a rabbit lying on its side or belly but not totally flipped over. This is because your bunny is becoming at ease. They’ll even sleep with their heads resting on their paws.

Do Rabbits Cuddle With You?

Yes, rabbits can cuddle. When approached properly, most rabbits like being caressed and rubbed. Few bunnies enjoy being hugged or carried because they feel uneasy being so high off the ground. Nevertheless, many would cheerfully sit on your lap or snuggle up next to you for a cuddle.

Rabbits have a reputation for being prolific. They have to rely on their instincts to survive and continue to breed as nature intended. The fact that they are little, cuddly, and cute does not protect them from becoming a tasty meal for a variety of predators.

Rabbits, on the other hand, have a few tricks under their sleeves to help them survive. Laying on it’s back is one of them.

However, there do not appear to be any scientific studies that support this practise of laying bunnies on their back for the objectives of human enjoyment or bonding.

Dr. McBride further points out that phrases like hypnosis may lead people to believe that this is a soothing event for your bunny. However, in reality, scientific and behavioral research shows that it is a fear-driven stress event.

Tranced rabbits are in a fear-induced state of tension, according to some researchers veterinarians. This potentially deadly move should only be used in extreme circumstances. 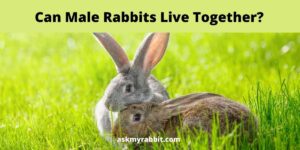 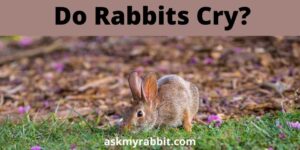