Your rabbits may get along for a long period before suddenly starting to fight without notice. For loving rabbit owners, this is shocking. Many owners are frantic to find out why the fighting started and how to stop it.

So, you may be thinking, why have my rabbits suddenly started fighting?

Sudden fighting in your rabbits may be caused due to hormones. Hormones may cause territorial behaviour in rabbits that have not been neutered or spayed. This may result in your bunnies fighting unexpectedly.

Fighting, on the other hand, might occur as a result of unexpected diseases or health issues. Other changes in the household, such as the addition of more rabbits, might also cause fights.

In this article, we’ll inform you about some of the most typical reasons why two mated bunnies could suddenly start fighting. So, keep reading!

Why Are My Bonded Rabbits Fighting?

Bonded rabbits may fight due to a number of reasons. If male or female rabbits are not properly adjusted when they reach maturity, they may become territorial.

Due to illness or agony, one rabbit may lash out. A strong rabbit, on the other hand, would want to establish dominance over a weaker one.

The power balance may alter when new bunnies are brought into an established family. Moving a rabbit to a new habitat may be stressful and upset the power dynamic. This might result in a sudden conflict between the rabbits.

It’s possible that your bunnies’ enclosure is too small to house two rabbits at the same time. Food and water, to name a few of resources, are in limited supply.

Is It Normal For Bonded Rabbits To Fight?

Yes, it is normal for bonded rabbits to fight. Disagreements or scuffles between mated rabbits are common.

There is, of course, a distinction to be made between fighting bunnies and typical tiffs. Rebonding bonded rabbits after a quarrel may be tough. Rabbits, like other animals, have emotions and modify their behavior.

They also recall their conflicts and have wonderful recollections. Some rabbit owners claim that years go by with no difficulties at all. Suddenly, a problem arises when normal bonded rabbits fight.

What To Do If My Bonded Rabbits Are Fighting?

Fights between two bonded bunnies should not be overlooked. Rabbit owners often feel that their wonderfully bonded bunnies will never hurt each other. This is most typically true in a fight or while establishing authority.

Fighting rabbits, on the other hand, may and often do considerable injury to one another.

If your bonded rabbits are fighting, you may follow these tips:

Make a thunderous noise if you observe your rabbits fighting fiercely. Clap your hands together and let out a loud yell. You may also use a whistle to create tension and encourage them to halt what they’re doing by blowing on it for a few seconds.

Anyone who has dealt with bonded rabbits knows that they cling to one another when they are angry or terrified. Stress bonding is the basis behind putting unbonded rabbits on a vehicle travel together when nothing else has worked.

As soon as possible, separate your bunnies. Wrap your hand in the towel to protect it from bites and scratches while also interrupting the fight.

Inspect each rabbit for any signs of injury. This might be difficult due to the dense fur. Examine your legs, face, eyes, ears, and other body parts. If you see an injury that needs immediate treatment, contact your veterinarian.

As part of your injury evaluation, put the rabbit down and keep him calm.

Keep an eye on any areas where he starts grooming. He will most likely begin licking the damaged area if he has been bitten or otherwise harmed. This will help you discover any injuries you may have ignored.

Keep your two bunnies separate for the time being. Battles are remembered by rabbits, especially the bad ones. Even little disagreements might be enough to put an end to a once-close relationship.

If you force fighting bunnies to inhabit the same space in the hopes that things would return to normal, they will most likely fight again. Conflicts that aren’t settled tend to become worse over time.

Because rabbits are prone to harboring grudges after genuine conflicts, bad recollections will quickly eclipse all of their earlier joyful memories. As much as possible, reduce the amount of confrontations. If the conflict continues, bound rabbits will act as if they were never connected in the first place.

Can Bunnies Rebond After A Fight?

Yes, bunnies can rebond after a fight. The process of rebonding should begin as soon as possible. Because rabbits hold grudges, the length of time it takes to begin the rebonding process is dependent on a variety of factors. The ferocity of the fighting should also be taken into account.

When rebonding, stick to basic bonding principles with a few extra concerns. Unlike rabbits that have never been bonded, your bunnies will remember having issues together in the past.

Even the fragrance of their partner bunny might irritate them. However, if they were allowed to communicate during their separation period, this should not be the case after a short time apart.

Keep in mind that one rabbit can be afraid of the other. During rebonding, both bunnies may be apprehensive of interacting. One may be incredibly dominant, which was never a problem prior to the war.

There might be a slew of problems. As a result, approach with caution and recognise their body language as well as the fact that, for whatever reason, they may not rush to each other with open arms.

If rabbits were previously bonded, you should be able to rebond them quickly. Effective bonding strategies may generally lead to success even with new behaviours, environmental changes, or new rabbits in the family. This is a technique that demands your whole concentration and focus.

Should I Separate My Fighting Rabbits?

Yes, you should separate your fighting rabbits if they’re aggressive. Rabbit fighting should never be disregarded since it has the potential to swiftly escalate into a dangerous situation. We propose that you keep feuding rabbits apart at all times.

How Long Does It Take For Rabbits To Bond?

The time it takes for a rabbit to connect varies depending on the rabbit. The bonding process might take anything from one day to many months. It normally takes a few weeks for your bunnies to get along and live in peace. The wait, though, is well worth it.

How Do I Know If My Rabbits Have Bonded?

Rabbits are considered bonded after spending forty-eight hours together without chasing or hostile behavior. Positive behaviors like grooming and sharing food are good indicators that your rabbits are comfortable with each other.

Rabbits need the companionship of other rabbits. However, you cannot just combine two unknown rabbits without following the right procedures. This may result in negative consequences.

Rabbits are social, but they also have a strong sense of territoriality. As a result, rabbit introductions must be done with caution.

Bonding or partnering refers to the act of enabling rabbits to live in harmony with one another. This procedure takes time and work. However, it is necessary to complete the bonding process correctly to guarantee the safety and happiness of both bunnies.

Rabbits create lifelong bonds. The rabbits should not be separated after they have formed a bond. This would give them both a significant lot of psychological distress.

If one of the rabbits need medical attention, it is advised that both be transported to the veterinarian. This reduces stress and speeds up healing time.

If the rabbits are separated and one returns with a new odor or a change in health, they may reject the other and fight. If this occurs, the introduction procedure will have to be repeated. 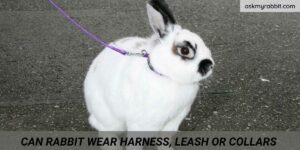 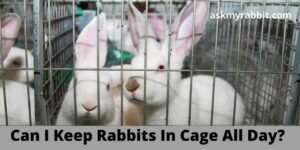 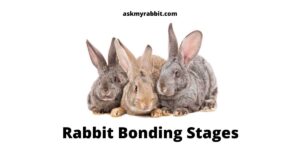