You may frequently see rabbits munching on grass. If you ask a farmer, they’ll tell you that rabbits devour their fresh greens. Greenery appears to be a favourite food of rabbits.

Yes, rabbits can eat meat. You should not, however, give it to them. While some individuals have claimed that their pet rabbits ate meat after being given, this is not a healthy practise.

Most rabbits will chew it for a short time before abandoning it. However, you should keep a watch on them to make sure they don’t consume it.

Meat is indigestible for rabbits, thus it will make them sick. While a few bites are unlikely to cause any difficulties or harm, a rabbit’s digestive system is not intended to handle meat.

A few nibbles will probably only cause minor stomach pains and digestive difficulties, but too much meat will create major complications for the rabbit.

Rabbits have a digestive tract that requires fibre to obtain all of the nutrients they require, and meat isn’t one of those sources. Meat is difficult for rabbits to digest since it is high in fat and protein and low in fibre.

If you want to learn more about rabbits and meat, keep reading!

All domestic rabbit’s favourite meals have something in common, as you may have observed. Pet rabbits are strictly herbivores.

Meat cannot be digested by domesticated rabbits. Rabbits require a significant amount of fibre. A rabbit’s kidneys may be harmed by too much protein.

Meat, as we all know, is heavy in protein and contains almost little fibre. Furthermore, the majority of meat sources are rich in fat. This is too much for bunnies to handle.

If a rabbit eats a sliver of meat, they’ll usually be okay. It’s possible they won’t even eat it. They’ll like the chewing necessary to break down the texture, but they’ll be turned off by the flavor.

However, a large amount of meat will cause serious difficulties for a rabbit. Even if they’re eating fibre from hay, any meat will make a rabbit’s stomach feel heavy. This will result in a gut obstruction, which can be fatal.

Is It Bad For Bunnies To Eat Meat?

Yes, it is bad for bunnies to eat meat. Meat is high in protein and fat, but it lacks fibre. Also, rabbits have difficulty digesting meat.

Meat-feeding a rabbit on a regular basis might put the animal in danger and cause serious health problems. In certain circumstances, giving meat to a rabbit results in death.

As a result, even a little piece of meat should not be given to your pet. Even if the rabbit appears to be interested in the food, do not allow it to sample it.

Because domesticated rabbits do not consume meat, they will never try to eat the flesh of their peers.

Meat cannot be digested by domesticated rabbits. Rabbits require a significant amount of fibre. Protein levels must also be kept under control. A rabbit’s kidneys may be harmed by too much protein.

Vegetarian choices are abound in your pet bunny’s diet. Their herbivorous habit explains this. Meat is tough for pet rabbits to digest.

Their bodies are known to require a high level of fibre. They do, in fact, require a certain amount of protein. Too much protein, on the other hand, can harm a bunny’s kidneys.

Meat, as we all know, is a high-protein food that doesn’t provide much in the way of fibre. Even if he or she consumes hay in proper amounts, too much meat might induce intestinal obstruction. This will result in a digestive system imbalance, which might be life-threatening.

What Happens If Rabbits Eat Meat?

Rabbits aren’t always trustworthy when it comes to knowing what’s best for them. Bunnies, while being guided by survival instincts, can make dubious judgments.

For example, your rabbit may want to eat meat. This is not due to a preference for the flavor. They will, nevertheless, be intrigued. They want to taste some of your food since it smells delicious.

It’s difficult to say no to a pleading rabbit, but you must. It might be quite problematic if your rabbit develops a taste for meat.

Rabbits are scavengers who devour everything they can get their hands on. They may take meat from the kitchen table if you turn your back.

If your rabbit eats meat, keep an eye on him for a day or two. He should be okay if he has ingested a modest quantity.

He may have a slight stomach ache as well as a watery stool. It’s large amounts that pose problems.

Seek aid if your rabbit’s behavior changes significantly days after consuming the meat. Bunnies have a tendency to get into mischief and develop undesirable habits.

Rabbits are mostly herbivores in the wild. They eat nothing but greens to stay alive. Grass is the most prevalent delicacy of a wild rabbit.

When you locate a rabbit while strolling, it will be in a thick, green region. Rabbits must consume a significant quantity of grass in order to thrive.

If flowers or fresh fruit and vegetables are available, wild rabbits will eat them. For farmers and landowners, this may be a continual source of worry.

Wild rabbits change their food slightly in the winter. They like fresh foliage, yet many plants perish in the winter. Rabbits nibble on twigs and tree branches as a result. They will even climb trees to get to tasty food.

Do Any Types Of Rabbits Eat Meat?

We’ve determined that a tamed rabbit is unable to consume meat. However, animals that live in the wild are sometimes forced to act in unusual ways in order to survive.

This does not apply to rabbits. However, it does apply to some hare breeds. Rabbits and hares are two separate mammals in the same mammalian family.

Carnivorous lagomorphs, such as Snowshoe Hares, are an example of rabbits that eat meat. If feasible, they still eat plants.

Snowshoe Hares, on the other hand, dwell in frigid climes, as their name indicates. If there isn’t enough vegetation, they’ll devour animals to survive.

During winters, Snowshoe Hares have been seen feasting on animal corpses. Typically, they are the remains of tiny creatures, such as birds.

Snowshoe Hares, on the other hand, aren’t picky. If they come upon a lynx, their major predator, they will devour the body. They’ll even devour a fellow hare if they’re desperate enough.

This hare breed appears to have developed to be able to consume meat. During a hard winter, the protein given keeps them alive. They do not, however, pursue live prey.

This is due to their teeth’s inability to separate the flesh from the bone. They leave this to other predators in the wild. Any leftovers left behind will be devoured by a hare.

If pushed to it, Snowshoe Hares will devour one of their own. They won’t go out of their way to hunt and kill another lagomorph, but food is food to them.

Because tamed rabbits do not consume meat, they will not devour other rabbits. Rabbits may bite each other in order to gain territory and dominance. This isn’t, however, a prelude to lunch. It’s just how animals behave.

Only some rabbits consume their young, therefore this rule does not apply to them. This can be explained in a number of ways:

Rabbits do devour their young on occasion. But it’s an uncommon occurrence.

The survival instinct drives these creatures. They understand that there is safety in numbers, therefore eating their infants achieves little.

If your pet eats her young, you should think twice about reproducing again. She’ll have acted in this manner for a purpose. Understanding why this happened will help you avoid it happening again.

Do Rabbits Eat Meat In The Wild?

No, rabbits in the wild do not eat meat. They are herbivores and feeds on greenery for their required nutrition.

Chicken should never be fed to rabbits. It’s not excellent for bunnies’ health, and it’s not even a decent filler meal or a special treat. Rabbits are herbivores alone.

Are There Any Meat Eating Rabbits?

Hares can eat meat. Researchers have discovered that they can supplement their diet with animal flesh, including meat from their own species and even one of its predators, the lynx.

Keep meat away from your rabbit and only offer him hay, pellets, and grasses, as well as the extra vegetables, to ensure he has a balanced diet. Treat him to some nice fruits now and again to keep his contentment high.

Rabbits do not eat any sort of meat. It may be tempted to eat, but it must be kept from doing so. Remember that a rabbit cannot digest meat and will become unwell if fed meat.

The digestive system of your pet is designed to handle a small quantity of protein and a lot of fibre. The hay is high in fibre, while the pellet is high in protein.

Some of you may believe that lighter meats, such as ham or other meat-based items, are a better alternative if your rabbit has acquired a liking for them. However, this is still not the case.

Aside from the meat, such items may contain a variety of additional chemicals that are potentially hazardous to your rabbit’s health.

If you have any queries or doubts regarding your pet rabbit, keep reading! 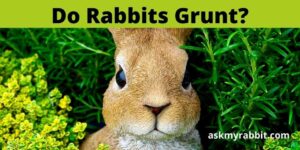 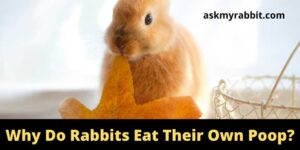