Seeing animals in new and unusual pairings has always piqued people’s interest. Hybrids have long been a topic of conversation.

It’s a myth that’s been handed down over the years without any basis in fact. Scientific evidence does not support this claim.

When it comes to mating, even if the rabbit and the cat were both ready, they couldn’t accomplish it efficiently.

In this article, we will go through all the reasons why rabbits and cats cannot mate. So, keep reading!

Is It Possible For A Rabbit And Cat To Mate?

No, it is not possible for a rabbit and a cat to mate. This is for the following reasons:

It all begins with the fact that they’re a different species.

Compared to rabbits, cats are descended from a separate lineage. This makes it hard for them to mate and produce “cabbits,” which is what animal aficionados call them.

It’s a novel concept, given how popular both species are among pet owners. There have been several references to the cabbit as a possible hybrid because of this. Even while this all sounds great, they are two separate species and can not mate.

No matter what is done to combine them, they will not be able to mate. It’s a near-impossible undertaking.

They’re not going to mate, and most of them don’t even like being near each other.

To put it another way, they don’t reproduce the same way or have the same reactions to mating that other species do.

Yes, they both mate, but it doesn’t imply that they can do it together. This is an important point to keep in mind since everyone’s bodies are different.

The possibility of rabbits and cats mating boils down to studying their reproductive systems, mating behaviours, and interactions with other species.

It’s hardly likely that a rabbit and a cat would go looking for each other with the goal of mating. It would be against nature and is unlikely to produce any consequences.

Despite the similarities between these two species, it is vital to note that they have distinct mating habits.

Rabbits, for example, often engage in a kind of chase amongst each other. This is done in order to mate with one particular female and ensure that both partners are on board.

This is important since it is an active aspect of mating and is something the animal is used to. As a consequence, it’s difficult to mate with a carnivore.

The rabbit, on the other hand, sees the cat as a danger. In the wild, a cat may devour a rabbit, so mating the two is out of the question.

Can Cats And Rabbits Cross Breed?

No, cats and rabbits cannot cross breed. However, in fiction, there’s a hybrid species called cabbits. Cabbits, a species with a lengthy and controversial history, are the reported offspring of a buck rabbit and a cat.

Even though many people believe that such hybrids are inconceivable, there is no shortage of proof that they exist.

There are numerous YouTube videos displaying what look to be cabbits. Ideally, these creatures would be subjected to genetic testing. Unfortunately, no one with the requisite laboratory resources has decided to do so.

But the fact remains that buck rabbits have been seen mounting and mating with female cats on several occasions. YouTube is awash with evidence of this. Cats that look like rabbits at the back of their bodies, and that jump like rabbits, appear in all of these videos.

To begin with, such information shows that this problem should be examined in more detail. Given that they are most likely F1 hybrids, it should be simple to determine whether or not these animals are hybrids.

Can A Rabbit And A Cat Have Babies?

No, a rabbit and a cat can not have babies. It is genetically impossible for them to mate together.

However, it is important to note that cats have been known to feed and rear rabbits. When they reach sexual maturity, animals adopted by a female who is not of their own species are more likely to mate with creatures of that species than with their own. This phenomenon is known as imprinting.

When such rabbits reach adulthood, they will most likely prefer to mate with cats rather than their own species.

What Is A Half-Cat, Half-Rabbit?

A half-cat and half-rabbit is called a cabbit. This mythical creature is an offspring of a rabbit and a cat.

It’s safe to say that the vast majority of reports are the result of either inaccurate identifications of Manx cats or blatant fabrications.

For these hypothetical hybrids, the name “cabbit” is often employed as a portmanteau. Uncertainty surrounds the actual date of coinage. In 1977, a specimen discovered in New Mexico was shown in Los Angeles and was given the moniker.

Manx cats and other felines with bobtailed or tailless mutations have been implicated in several claimed cabbit sightings. The skeletal and/or neurological abnormalities that emerge from a cat’s hopping action may be caused by the same mutation that results in taillessness.

This was originally recognised by breeders as a component of the Manx’s appearance. However, it is now considered a significant flaw in the show ring and is not included in the current Manx standard of points.

Manx breeders now take special care to only breed cats with appropriate gait patterns. It’s easy to mistake the Manx for a rabbit because of its long hind legs and lack of a tail.

What Is A Half Cat, Half-Rabbit Called?

A half-cat, half-rabbit is called a cabbit. This mythical creature is an offspring of a rabbit and a cat.

Can Cats Breed With Other Animals?

Yes, cats can breed with other animals. More than 40 genetic crosses between wild cat species and domestic cats have produced healthy hybrid offspring. This makes the cat species unique among animals in this regard.

Why Is My Rabbit Trying To Hump My Cat?

Your rabbit is trying to hump your cat because it’s natural for rabbits to hump. It’s a matter of power, not sexual attraction. There is a sense of pride in their demeanor.

Neither rabbits nor cats can or will breed with each other. Their reproductive systems are incompatible, and as a result, they are classified as distinct species.

This implies that you won’t see anything like the cabbits that have grown famous in the fantasy world. Only in the fictional world of the film or television show can this happen.

We hope this article has been able to answer all your questions regarding mating between rabbits and cats. If you have any more queries, drop them in the comment section below. 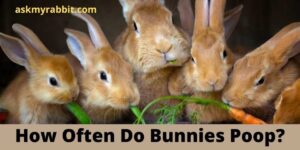 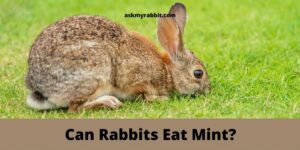 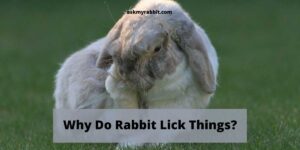 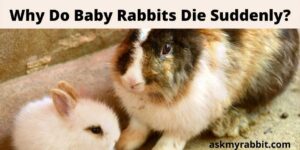 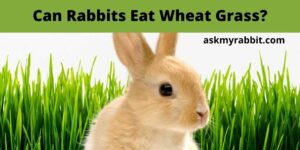